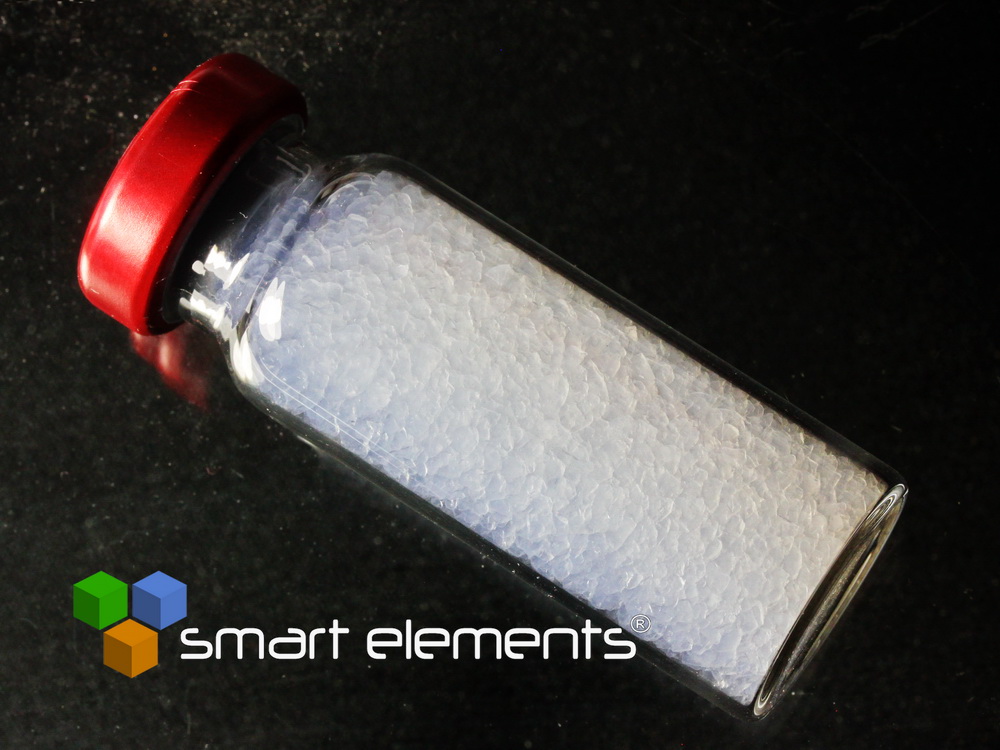 Aerogel Nanogel NEW!
You get one vial with about 10ml Aerogel granules
It is the lightest and lowest-density solid known to exist, and holds 15 entries in the Guinness Book of World  Records, including best insulator and lowest density solid.Aerogel is composed of 99.8% air and is chemically similar to ordinary glass.
It is nicknamed frozen smoke, solid smoke or blue smoke due to its semi-transparent nature and the way light scatters in the material; however, it feels like expanded polystyrene (Styrofoam) to the touch.
Silica aerogel strongly absorbs infrared radiation. It allows the construction of materials that let light into buildings but trap heat for solar heating. It has extremely low thermal conductivity (0.03 W·m/m2·K down to 0.004 W·m/m2·K, which gives it remarkable insulative properties. Its melting point is 1,473 K (1,200 °C or 2,192 °F). Silica aerogel can protect the human hand from the heat of a blowtorch at point blank range.